What is Growth Hacking in 2018? What’s Next for Digital Marketers? 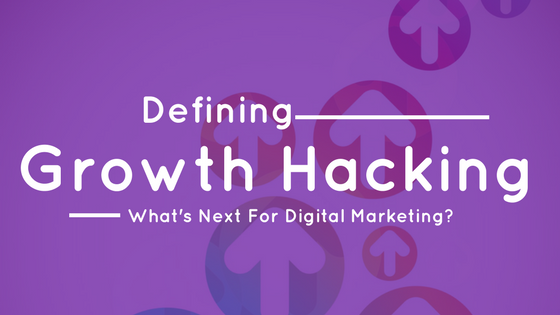 The Definition of Growth Hacking in 2018:

Traditional marketing entails concepts like ad buying, behavioral psychology, and storytelling. Thanks to the rise of Growth hacking, digital marketers now have to influence the full customer journey and shape shape themselves as a “T”, meaning that there is one in-depth speciality, and as well as a basic understanding across the board. More on that from Eric Siu and Neil Patel’s Marketing School Podcast:

The term “Growth Hacking” has simultaneously earned its place as both an overused buzzword and the next evolution within the digital marketing industry, at least from my vantage point. It means different things to different people; I’ve listed various definitions below in addition to my own.

“a process of rapid experimentation across marketing channels and product development to identify the most effective, efficient ways to grow a business”

The focus on data-driven experimentation is where growth marketing separates from conventional digital marketing. Growth Hacking takes a multi-discipline approach; combining data & analytics, traditional marketing, software development, and creative content into one role. Startup Founders are used to having to wear multiple hats in the early days of a company, which is why growth hacking has become almost synonymous with startup marketing in a sense.

Growth Hacking also involves the exploitation of network effects for one’s economic benefit. This could be using publicly available information to their own advantage; one tactic would be to automatically follow your competitor’s followers on Twitter. Each channel or social network will have its own benefits.

Cold email is can be one of the cheapest and fastest lead generation sources, particularly for SaaS businesses and other B2B companies. Crafting a semi-automatic outbound email campaign is quite simple, and there are a plethora of sales prospecting tools available on the market. The key aspect is obtaining a vast quantity of emails/prospects. The next aspect is figuring out what message would be best to elicit a response or action out of the recipient.

Twitter continues to be one of the best sources of free clicks on the modern web when deployed correctly. Most of the process for growing and running a successful Twitter account can be fully automated.

Instagram growth hacking is an interesting subject now, particularly after the mass crackdown on IG automation tools in 2017. This has opened up the evolution of new tactics for marketing on Instagram, such as direct messaging and promotion via influencers. Now that Facebook has enabled IG video viewers as a retargetable audience, it is now even more vital to dominate on Instagram.

Sean Ellis is credited with inventing the phrase as a way to recruit replacements for himself in 2010. Here is his definition of a growth hacker:

“a person whose true north is growth”

Justin Wu’s definition involves a triple Venn diagram, with Creative, Data, and Engineering forming the outer circles; the intersection of all three thus being “Growth Hacking”:

David Arnoux (Growthtribe.io) also made a Venn Diagram similar to the one above to describe Growth Hacking. Notice how the intersections form their own disciplines: 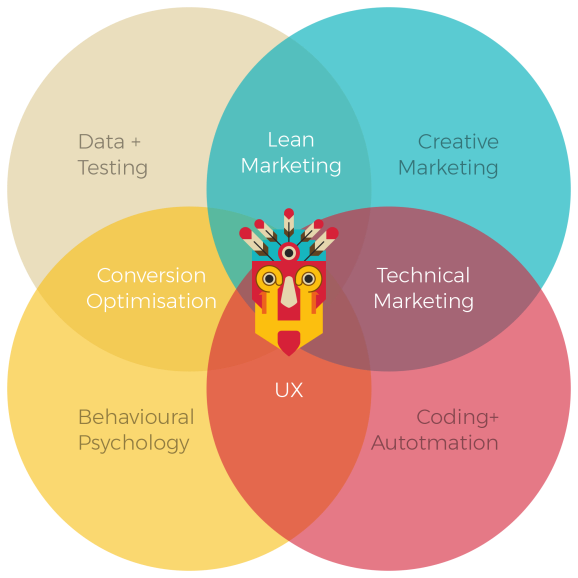 Ricardo Ghekiere faced a few realizations as he came to learn more about growth hacking:

What’s Next for Growth Marketers

One problem that the term’s popularity has caused for digital marketers is the influx of lehmen that expect magical solutions. Often times these folks are (unqualified) potential clients. In reality, businesses usually don’t need a growth hacker to craft some sort of magical solution for them, but to rather execute on their marketing fundamentals – SEO, Content Marketing, Social Media, Email, their landing page’s conversion rate, etc. Some of these channels, like blogging, will take time (six months to a year) to develop. Others require constant iteration based on user & customer feedback in order to achieve optimal results. The cost of channels will gradually rise, so it is best to diversify and try to achieve growth in multiple channels. The goal of a growth hacker would then be to accelerate these processes and improve ROI.

As Vincent Dignan would say, once a “growth hack” becomes widely known, it starts to become less and less effective over time. This means that growth marketers must see past the short-term ‘hacks’ and onwards to a long-term growth strategy that is independent of one single channel.

You don’t need to be a great writer to blog. Blogging doesn’t necessarily require the sophistication that is found in official or academic literature. As I have learned, consistency can be more important than quality. You should still strive for quality, but not at the expense of pace.

You don’t need to be a master designer or videographer to create visual content. There are plenty of free tools like canva that you can use to create your own, and if that doesn’t satisfy you, then you can always outsource that component to someone else. Native video will be one of the most consumed forms of content across multiple networks, so it would wise to start developing a video content plan.

You don’t need to be a search engine optimization expert to rank organically. Learning the basics of SEO shouldn’t take too much time, and when you combine those elementary skills with a solid content marketing plan, you could potentially see some tangible returns. You will, however, need the willpower to analyze your traffic, make improvements to your content, and constantly measure changes in order to get there.

Building a relevant opt-in email list is one of the most overlooked activities that I’ve observed. Now the latest trend is messenger bots. Do you have a CRM in place? How do you usually communicate with your customers or users?